Chenese Lewis: A Plus Size Pioneer

Probably every influencer you have seen on the internet or social media has a slim figure. Considering the judgmental world, who would dare to come out as an influencer when he/she is a plus size? However, such an influencer exists!

She began her career several years before Instagram or Facebook were launched. She was the first one who tried normalizing the plus size fashion.

The One & Only— Chenese Lewis

Chenese Lewis started her career as the world’s first plus-size influencer when body positivity wasn’t even introduced. She took the task to normalize the plus size fashion; and the trendy plus size fashion we see today is the result of her efforts.

According to her, when she started her career, there were not many people like her. So she has only a few people to look up to as her inspiration. Queen Latifah, Mo’Nique, and Oprah Winfrey were her inspirations at that time. She’d look up to them for inspiration as they all came through hard background and broke the barriers to making their way into the entertainment industry. Their journey to success in the entertainment industry serves as the blueprint.

Chenese Lewis is one of her kind. She created her own blueprint, which makes her the only person responsible for her success. As one of the first-ever plus-size influencers, she inspired many others to come out and express themselves.

Our society's standards to define beauty have been archaic and archetypal. Being a larger African-American women was not a matching puzzle piece when she started twenty years ago. However, she motivated herself to create her own brand and make herself enter an industry where people of her size were not welcome with open arms. 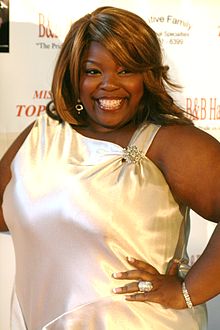 There was nothing that stopped her as she created opportunities for herself when others decided not to provide her any. She learned all those skills required to make her company successful. According to Chenese Lewis, she taught herself basic graphic designing, website building, contract writing, and PR work. Chenese Lewis says that she’d have done things easily if she had a team of people to do these tasks. However, she didn’t have the budget, so she decided to do everything herself.

In 2003, Chenese Lewis won the title of Miss Plus America. Then, she became the Hollywood Chapter of the National Organization of Women (NOW). In 2008 she started her podcast, which is focused on the plus-size industry.

Even after completing her 20 years of great work, she’s still committed to her goal of expanding beauty ideals to be more inclusive and diverse.

Without trailblazers such as Chenese, brands like ours may not have even existed. She's allowed curvy women to feel more comfortable in more fashionable plus size clothes, and in turn, brands have begun developing more for plus size women.

If Chenese has taught us anything, it's to not give into fear; to be bold enough to walk a trail less taken; and to never give up your dreams.

Thank you Chenese, you're an inspiration to us all.

Add some profile text to talk about the author

Explain the benefits of subscribing

For Plus-Size Women, Bridesmaid Dress Shopping Is A Nightmare. Can The Industry Help?

Signup for our newsletter to stay up to date on exclusive sales and events.

30% Off Coupon for First Time Subscribers